A downloadable collection of thoughts

I wanted to write a Small Games Manifesto for the Manifesto Jam, but I was too tired, so I collected other people's thoughts about small games instead.

Looking for some small games to play? Check out my Small is Beautiful and Bitsy Faves collections.

things i will never do in this lifetime:
play a game for a few straight hours
play a game with more than a few hours worth of content
— @moshboy
https://twitter.com/moshboy/status/607408540496465922

Hell, you'd be surprised at how many people buy games with a moderate length and never finish them. On PC over 50 percent of the people who bought the latest Wolfenstein, a game you can beat in under 15 hours, never earned the achievement for finishing the story. Only 31 percent of Dishonored players on the PC beat the game. People think game length is mandatory, but even shorter games aren't finished by the majority of players.
— Ben Kuchera: To hell with longer games, tell me how SHORT your game is
https://www.polygon.com/2014/10/14/6974791/short-games-review

Especially if you're starting out, try to do small projects and don't worry too much about polishing them, don't worry about shipping the perfect game, embrace the messiness of getting into games for the first time, embrace not knowing what you're doing exactly yet. (...) If you just put your heart into it in that way, and embrace the messiness of small games, people will really connect with that.
— Nina Freeman: Keynote at A MAZE. / Johannesburg 2017
https://twitter.com/AMazeFest/status/908032352953217038

Duration doesn't need to be a burden. It can be a tool to wield.
— Thomas McMullan: Inside and the rise of short games
http://www.alphr.com/games/1003958/inside-and-the-rise-of-short-games

Small-scale works are often derided for feeling embryonic or unfinished, throwaway motifs or fledgling ideas that the artist failed to integrate into a sufficiently ambitious whole. Game designer Jake Elliott, who drew the title of his Ruins from Schumann’s appraisal of Chopin’s preludes, defended their proportion in an interview: “Maybe [Chopin] felt like they were complete objects, but there wasn’t a vocabulary for talking about pieces of music that were short at the time. Their length is what drew me … there is a lot that’s unspoken.” Having conventionally privileged length, magnitude, and formal unity, games too have left critics bereft of a clear rubric for evaluating intentionally abbreviated, serialized, even disorderly exercises in interactive design.
— Peter Lido: Undertale, one year later
https://killscreen.com/articles/undertale-one-year-later/

The final idea that we brought over as gamers, the final idea that we had to let go of, was that a longer game makes a better game. We felt that the sense of completion and catharsis that you get when you watch our ending was so critical to the experience, that we decided that we had to help as many people as possible to complete Monument Valley. And that was more important than making the game longer or more difficult.
— Ken Wong: Games Without Gamers (#DICE2014 Europe)
https://youtu.be/YdSClYHDow0?t=13m37s

I value games being short, it makes them easier to fit into life, they get to the point sooner, it's possible to play them more times, trying out different possibilities, there's a clearer connection between decisions and outcome.
— Michael Brough: imbroglio notes 6 - meditation
http://mightyvision.blogspot.de/2016/08/imbroglio-notes-6-meditation.html?m=1

Small games must be protected from their own defenders!! They must be defended against a rhetoric of convenience, as if fitting helpfully into the meagre free time allotted us by rentiers was something to be proud of rather than something to grind against - they must be defended against the meagre virtues of "minimalism", parsimony, elegance, the values of those with enough cultural cachet that they can afford to speak softly, and which hold the same relation to an actual human economy of wants and needs as does a millionaire who doesn't tip.
— thecathamites: Small Game Manifesto (part of Buttertown, 10 manifestos for groups of no people)
https://thecatamites.itch.io/buttertown

I love this a thousand times over.

A thousand times is too big, make it smaller! What about ten times?

Make good use of it!

Yellow is good. These thoughts are, too.

And so are you.

Home is where the yellow is

i didn't finish reading this

That's why it's good

Yes. This is good stuff.

That's because it's yellow

ok but this is rlly good

That's because it's yellow 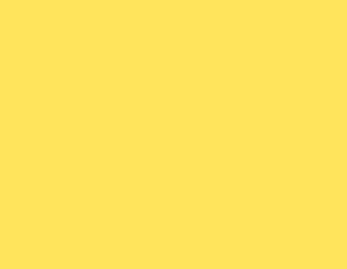